Australian Caravan Club (ACC) members attending their Club’s national muster in Shepparton last month injected over $200,000 into the economy of the City and its surrounds, the Club’s National Chairman Craig Humphrey said today.

The ACC held its annual national muster at the Shepparton Showgrounds from 16 to 23 October 2016.

“Almost 400 members in 200 RVs stayed at the Showground for a week to ten days to attend the national muster,” said Mr Humphrey.  “Members attending were asked to complete an expense sheet detailing money spent during their stay.”

“The total expenditure for the national muster period was in excess of $212,000,”said Mr Humphrey. “That equates to an average spend of $1,060 per RV over the muster.”

“This shows that towns and localities that can attract RVers, can really benefit economically from the RV community.”

Over the national muster week, ACC members visited local wineries, a packing shed, SPC, Dookie College and other tourist attractions, and dined out in the Shepparton area. 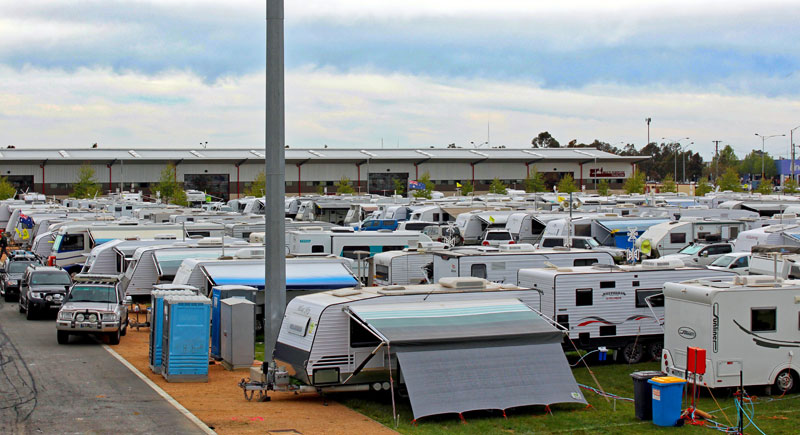 “The recorded expenditure shows that during their stay in Shepparton, ACC members purchased fuel, groceries, alcohol, and chemist items.  Other expenditure included eating out, vehicle maintenance and repairs, and tourism items.”

“Our Club data shows that over the past 5 years, ACC members attending our annual musters have injected in excess of $1,020,000 shared over the 5 communities where the musters have been held.”

“On behalf of the members of the ACC, I’d like to thank the people of Shepparton and its surrounds and the Shepparton Agricultural Society for making us feel so welcome during our stay,” Mr Humphrey said.

The ACC’s next national muster is scheduled to take place in October next year at Bingara, New South Wales.

The Club also undertakes two Chairman’s Musters each year where up to 100 vans gather in a regional location for a week.  “These Chairman’s Musters also support regional towns with significant spending by Club members.  In 2017 these will be staged in Kingaroy Queensland, and Peak Hill in New South Wales,” Mr Humphrey said. 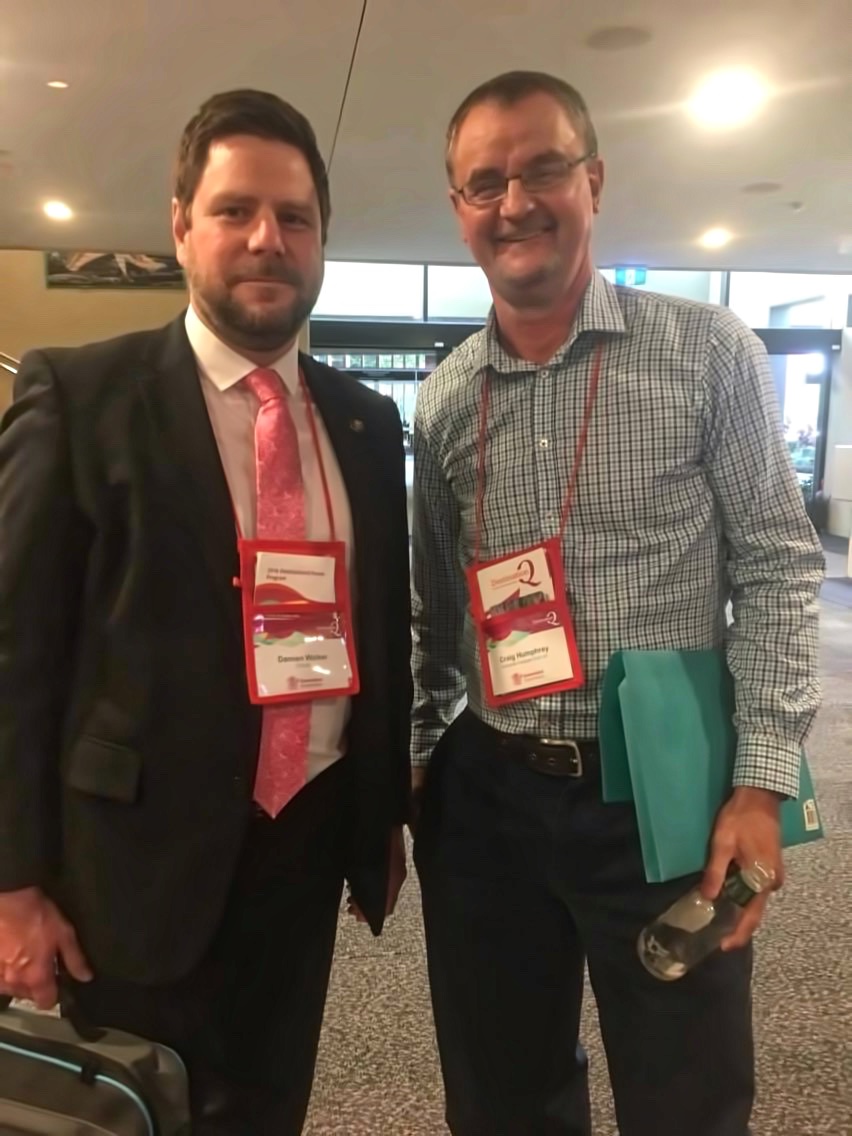 ACC Chair Craig Humphrey at Destination Q last week in Mackay with now acting Director General Damien Walker. At the launch of the Advancing Queensland Tourism Strategy I asked the Main Roads Minister a question about rest areas. The Government has reviewed over 3000 rest in Qld. The ACC will follow this up to ensure members views are presented in any developments in the future. 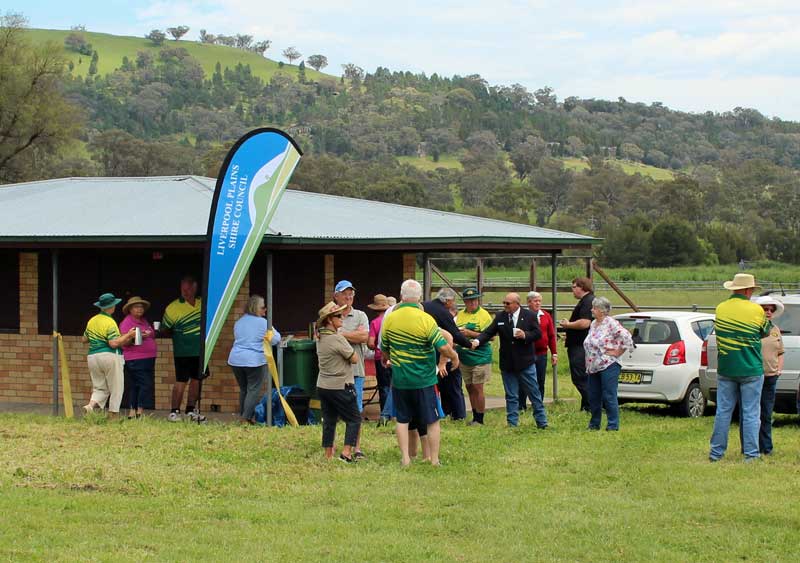 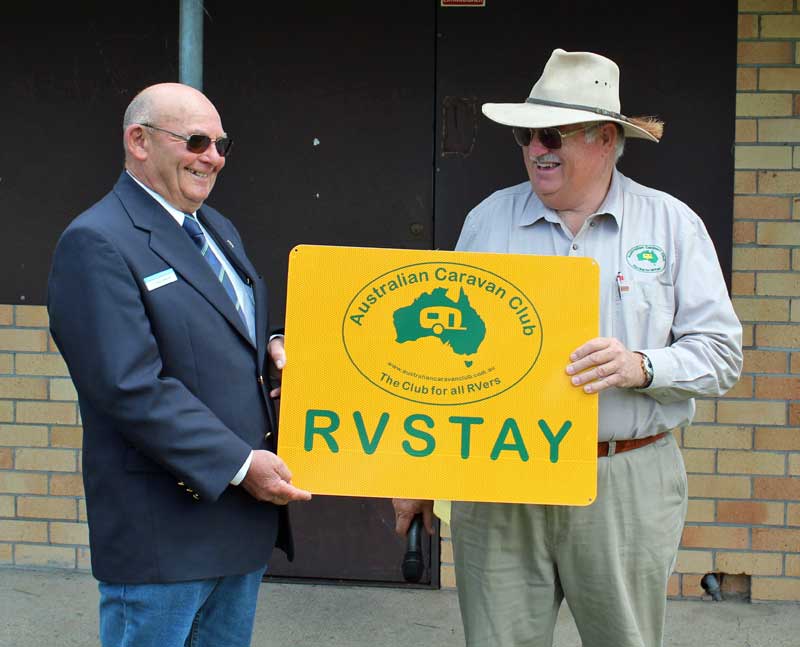 Andrew and Deb at Trangie Caravan Park continue to offer a 10% discount off each night’s accommodation to ACC members.  They also offer ACC members a ‘Stay 7, Pay for 6 – no limit on nights’.

Returning home from the ACC 10th National Muster at Shepparton, Deputy Chairman Tom Smith and a band of ACC members took the opportunity to call in and stay at the Trangie Caravan Park. 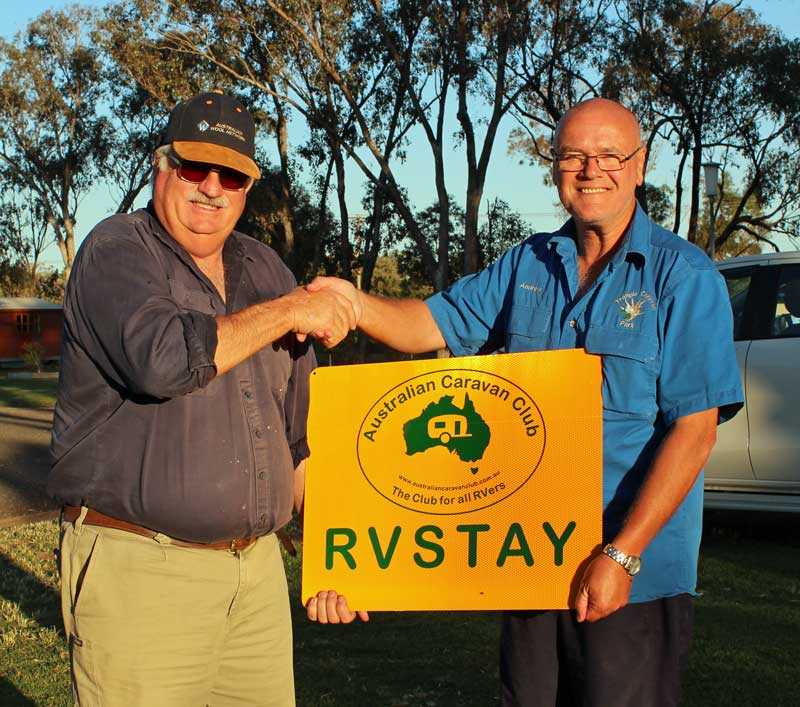 Tom took the opportunity to present Andrew with an ACC ‘RV Stay’ sign which Andrew will be displaying prominently so ACC members will be able to clearly identify the park.

ACC members themselves, Andrew and Deb joined their fellow ACC members at Happy Hour.  Andrew entertained the group explaining all about cotton growing and its processes.  He organises tours through the local cotton gin for visitors to the park.

There is much to see in the local vicinity with not only the cotton gin, but also an Aviation Museum at nearby Narromine.

The Trangie Caravan Park is situated on the Mitchell Highway, 77 kilometres West of Dubbo and is a member of the Kui Park chain.  To receive benefits, ACC members must produce their membership card when booking in.  Pets are welcome.

The park was newly mowed and tidy, and the amenities clean.

It is a great place for ACC members in the southern States to stay on their way heading North to Lightning Ridge, or for members heading West along the Mitchell Highway from the Eastern States.

Well, we have now concluded our term as National Muster Co-ordinators, and passed the baton on to Tom to organise Bingara.

From the summary we've made of the Feedback Forms, it appears that most people had a good time. A couple of comments (and obvious from who they came from) made us laugh! - "you can't please all of the people all of the time".

One of the real positives that came from our muster, is that we believe the Greater Shepparton Council will now be prepared to put a Dump Point in Shepparton, which the locals have been lobbying for, for many years.

We're sorry the Trade Area was sparse, but three Traders let us down at the last minute, and others said they were going to a 'bigger' rally - (probably thought to be more commercial for them).

We apologise for the power outages, and sorry if we did not specifically mention your Branch donations that were made for Raffles and Spot Prizes.

Thank you to all Branch members that gave us assistance, it was really appreciated.

A reminder, that the Agricultural Society would like you all, when on your travels, to take a photo of the little cow (that was in your Welcome pack) from distant and exotic places, and send the photo to them on face-book.

The ACC is No Lightweight in the RV Arena

Advocacy for owners of recreational vehicles throughout Australia has become one of the driving forces of the Australian Caravan Club, it was announced this week at the Shepparton Showgrounds at the 10th anniversary national muster of the Club.

In its 10 years since formation in 2006, the Australian Caravan Club has evolved substantially.   It has developed from being a new social oriented operation to one of substantial strength and weight in the RV Arena.   While maintaining its social element, the Club’s focus has grown to include advocating for members and RV owners across Australia as a key component.

‘Opportunities to represent the Club and RV owners to Government is an important aspect of the Club’s activities,” said Tom Smith, outgoing National Chairman of the Club.  “A lot of work is undertaken by volunteers from the development of policy by an eight person team.   The team seeks to drive input and focus on better value for members and RV owners.”

“We do what we do because passion drives our members to continue to foster professional responses and input to issues across Australia affecting RV owners.  There are no paid officials of the club undertaking this.  Our members have a strong belief in what they do and seek to make a positive contribution,” said Mr Smith.

As an example the Club has been integrally involved in the Liverpool Plains Shire Council efforts to encourage RV activities in the Shire.  As a result of this significant input, Tom and the Club’s involvement is acknowledged in the report overview.

‘Our advocacy and policy committee has also been working with the Fraser Coast Council about opening up the area to free camping for RVers.’ 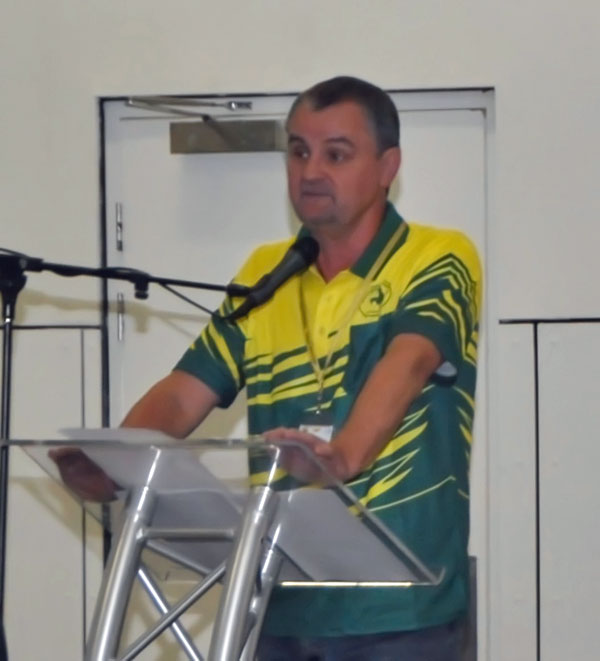 “I was pleased to accept the invitation to DQ and importantly this will be my initial representation of the Club as Chair at this level. I view this as an important opportunity for the Club.  I will be seeking to build on the great foundations that Tom has developed over the past 5 years,” said Mr Humphrey.

“The Club has a proud history of being involved in many policy issues.  We consider we have demonstrably achieved much and will continue to really punch above the weight for a young and all voluntary organisation,” Mr Humphrey said. 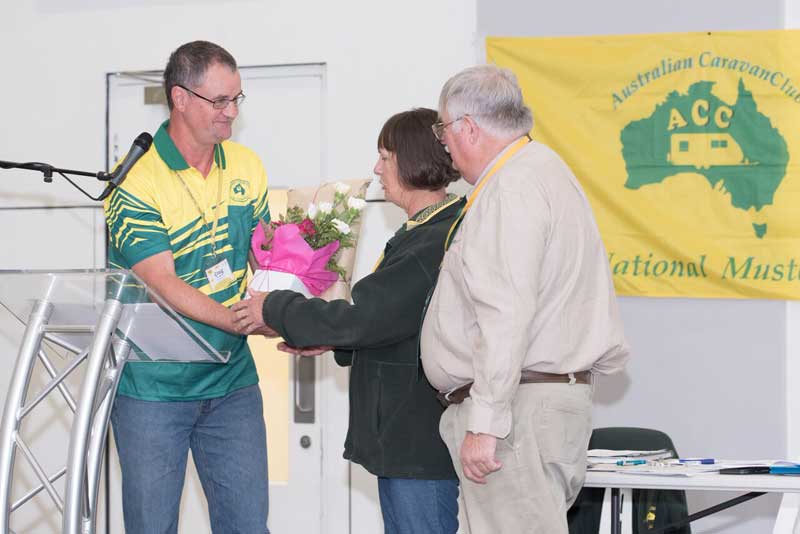 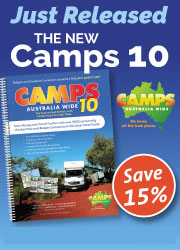