The first workshop was held last night at the Quirindi Racecourse.  A second workshop is planned for tonight at the Spring Ridge Community Hall.  Due to demand, a third had to be added to the schedule. 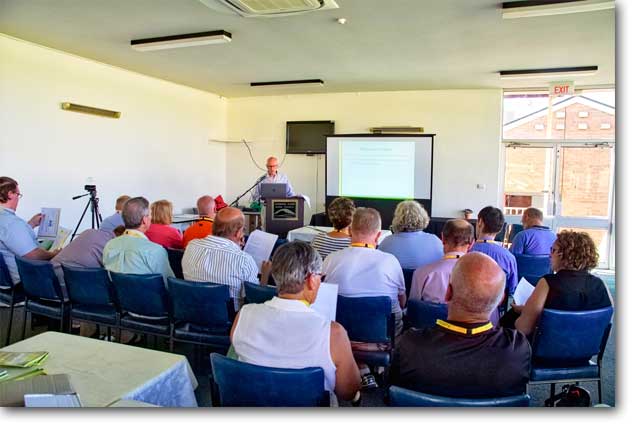 “More than 20 people attended the RV Industry Workshop last night at the Quirindi Racecourse,” said Mr Humphrey. “The workshop proved to be a real winner for both the business and RV community.”

“We have received some very positive feedback from attendees,” said ACC Deputy Chairman Tom Smith who has been on the ground in Quirindi with members of the Club’s Policy and Town Support Team.

“In fact the demand for the workshops has been so great, that we have had to increase the number of workshops from two to three with a third one held this morning for those who were unable to get to last night’s workshop due to work and other commitments.”

The workshop commenced with a presentation with discussion topics including awareness-raising of the value of the RV industry to regional communities, how communities and individual businesses can encourage RVers to visit, and opportunities for business to access the burgeoning RV market.  It concluded with a Question and Answer session.

“All ACC members in attendance were involved in the Question and Answer segment and a lot of good conversation and feedback was enjoyed over refreshments.”

“It was also humbling to have the Liverpool Plains Shire Council Mayor Cr Andrew Hope, thank the ACC and me personally for all that we have done in helping the LPSC,” said Mr Smith.

“The objects of the ACC are aimed at promoting the use of recreational vehicles and the RVing lifestyle throughout Australia for the benefit of its members.  These industry workshops are part of what the ACC is all about,” Mr Humphrey said.