Over 200 members of the Australian Caravan Club (ACC) in over 100 RVs have set their sights on Kingaroy in the South Burnett region and registered to attend the Club’s first Chairman’s Muster for 2017 to be held next month, Club Chairman Craig Humphrey announced today.

The Chairman’s muster will be held at the Kingaroy Showgrounds from 9 to 14 March 2017.

“Registrations for the Kingaroy Chairman’s Muster have far exceeded expectations,” said Mr Humphrey.  “So far, we have over 200 people coming in 105 RVs and registrations have not yet closed.”

“I have to say, the attractions that the South Burnett region has to offer have sparked quite a wave of interest amongst members.”

As well as enjoying the usual Happy Hour where members will share friendship, swap travelling tales and exchange ideas about anything from safety to technical tips, members attending the muster will have plenty to see and do during their stay.

“Activities on the proposed agenda include a night visit to the Kingaroy Observatory, a visit to the Endeavour Biscuit Factory, attending South Burnett Wine and Food in the Park, a catered dinner, and morning tea at Mulanah Gardens.”

“Our Club is very grateful to the support that we have been receiving from the South Burnett Regional Council, Kingaroy Showground Society, and the people of the Kingaroy community who have provided tremendous assistance to our muster committee with the organisation of this event.”

“The proceeds of any raffles will be donated to Lifeflight.”

“Regions in which our Club’s Chairman’s and national musters are held receive an economic boost as members shop, dine out, buy fuel, purchase groceries souvenirs and other necessities, and visit local attractions.” 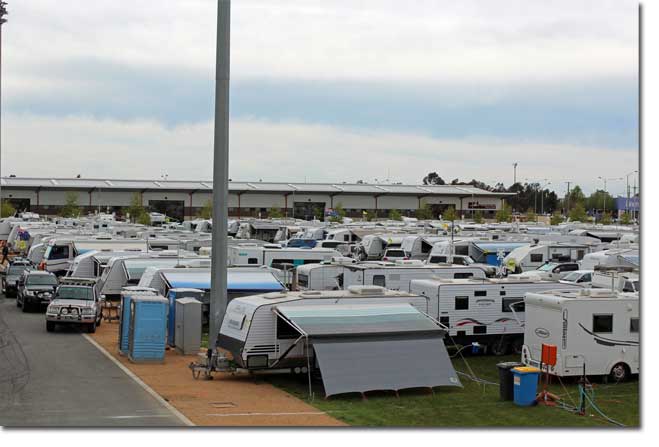 “Our Club data shows that over the past 5 years, ACC members attending our national musters have injected in excess of $1,020,000 shared over the 5 communities where the musters have been held,” Mr Humphrey said.